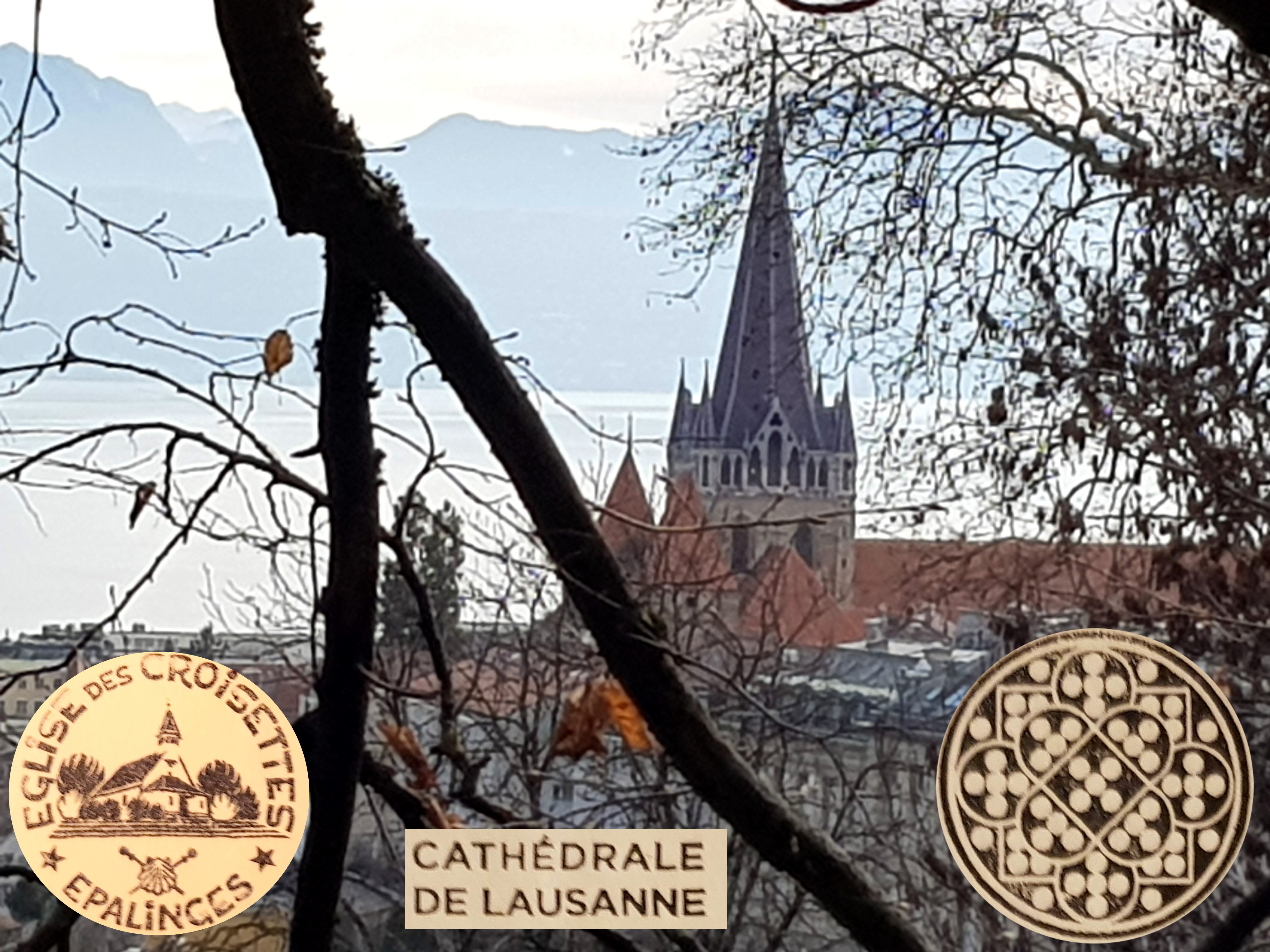 Lausanne Cathedral in the distance

Once again we drove to Moudon but this time found a carpark that was free for 10hours. (we could have taken the train to Lausanne and then the metro and a bus to Montpreyvers, but it would have taken us much longer). We took another double decker bus from outside the station to Montèreyvers. (Mount of the Priests). There was a little shop open so we purchased apples and very good ‘pains aux chocolates’ for later. The first part of the walk was not very pleasing being along a main road with no separate path for walkers. But soon we turned off onto a path that dropped down into the first of many woods. It crossed a steam and as we began to climb we encountered snow. It would appear that we were on an ancient path which at some points, was sunken due to the passage of carts from Germany. There had been stopping off places in the past but no evidence of this is to be seen nowadays. At Les Crosettes, we visited the first chapel of the day and obtained a stamp. From here we began our decent towards Lausanne. At the CHUV (university hospital) we lost our way but in doing so discovered a beautiful Roman Catholic church, St.Etienne, which had been an old church modernised. It would not usually be something that Sue would necessarily be interested in but this was so well done. From there we found ourselves in La Sallaz and Angus found the way to join the official path once again. We then followed it through the woods of Sauveblan. Being a Sunday afternoon many people were wandering about the park. For the first time ever we felt very out of place and people were staring at us with our backpack and sticks. We walked into the town and towards the Cathedral. Since Sue had last sung there, they had finished with renovations and it looked very different. We spent a pleasant time visiting after which we took the ‘escaliers du Marche and then up to the church of St.Francois which Sue had passed by numerous times but never visited. It is an oasis in the middle of a bustling city. From here we walked steeply down to the station where we took the train back to Moudon.

Lausanne Cathedral in the distance 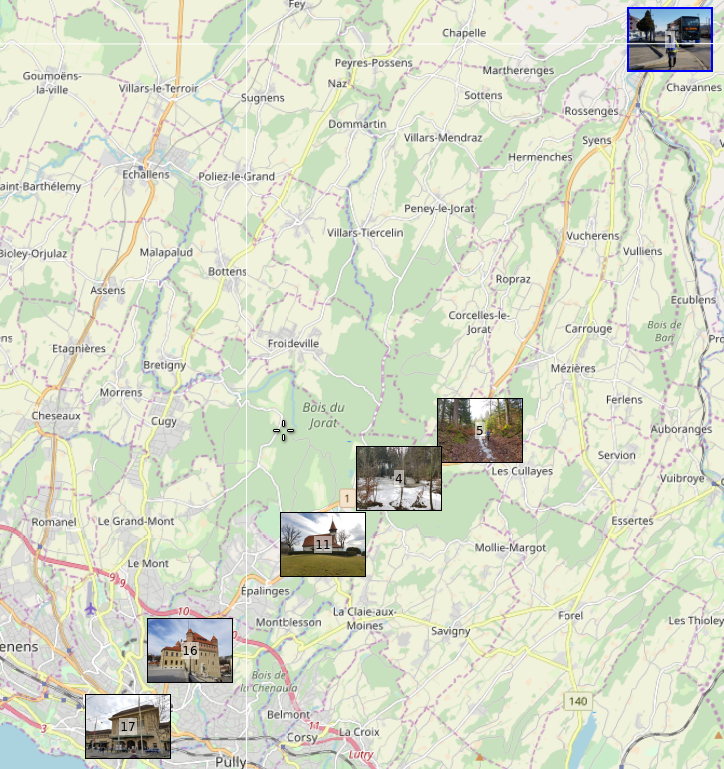