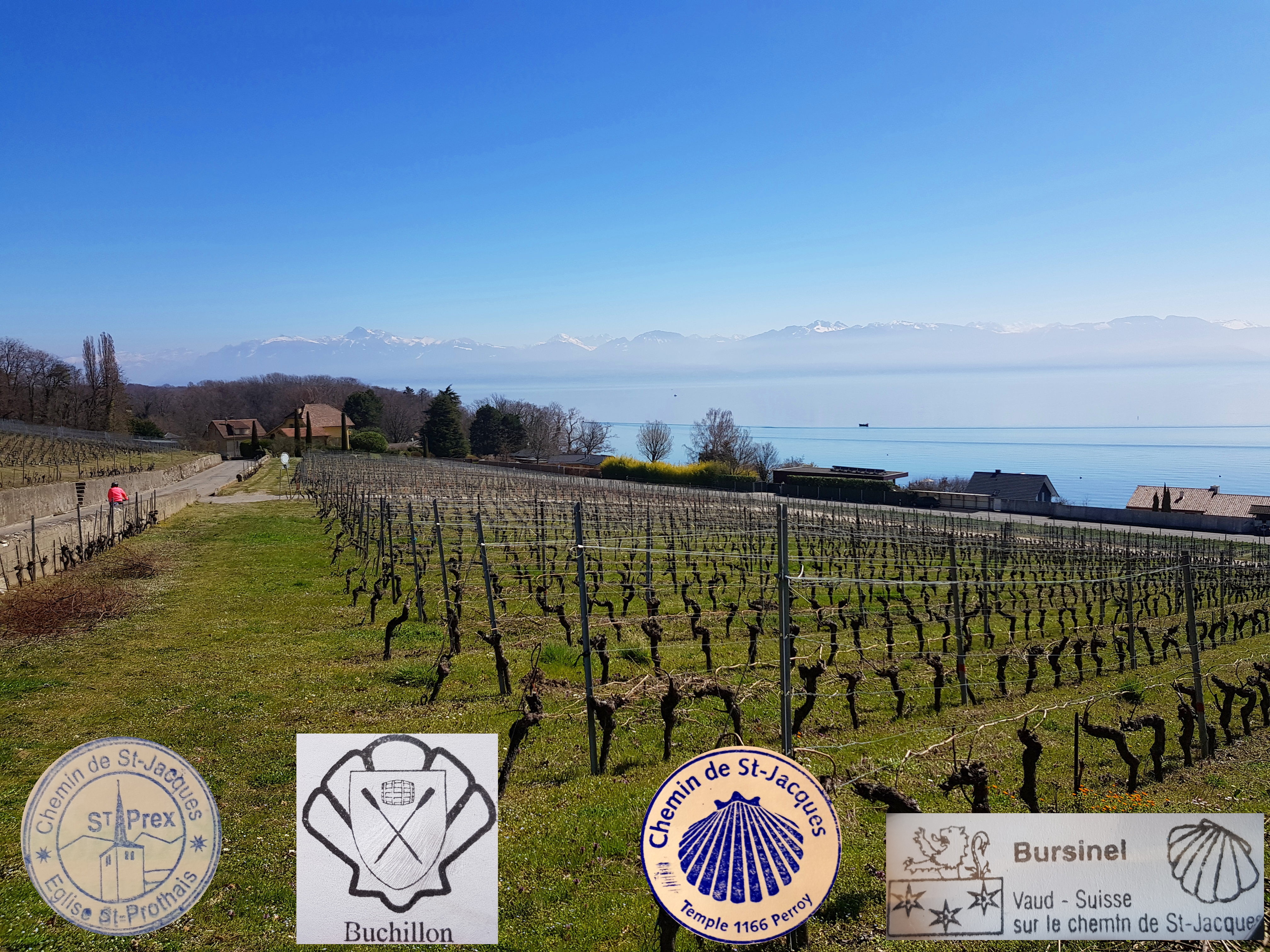 View from the vineyards over the Leman

We took the early train to St.Prex (via Lausanne and Morges). Leaving the station, we quickly came across the church of St.Prothais. Now a Reformed church it still had a little of the wall paintings from a much earlier time. Although it is not on the Way itself we walked around the promontory which was well worth the time. From there, we continued to Buchillon where we found another chapel also open. This one was built around 1929. The presence of an book exchange where the majority of the books were in English, suggested that maybe ex-pats were living in the area. The path led into a small wood which was welcome as until then we had been walking on roads. Arriving at a river crossing we continued through a wood on the other side and passed several people out for a walk (including a Brit with a dog!) After a while we crossed a main road to continue on to Perroy on the ‘route du vignoble’. Arriving in this village, the church looked ‘very’ Protestant reminding us that we were nearing Geneva, but we were surprised to learn that in the 12th century, it had been a Benedictine priory. We joined the main road once again to drop down into Rolle. From this area onwards, the presence of large cars and private properties of some importance began to be the ‘norm’. The views from the lakeside were splendid. We left Rolle to climb up a little and to enjoy the respite of another little wood and steam. Unfortunately, this did not last long and we then found ourselves on a concrete road with an every climbing temperature which was anything but pleasant and at the end of which the ‘jakobsweg’ signs had been reversed. Entering into Bursinel the views were again beautiful. The church in the village was once again very protestant but unfortunately I could find no details of it’s history. Arriving in Gland,we were very tired and took a train home. There is, however, a pilgrim’s hostel in Gland which, apparently, is not at all expensive. 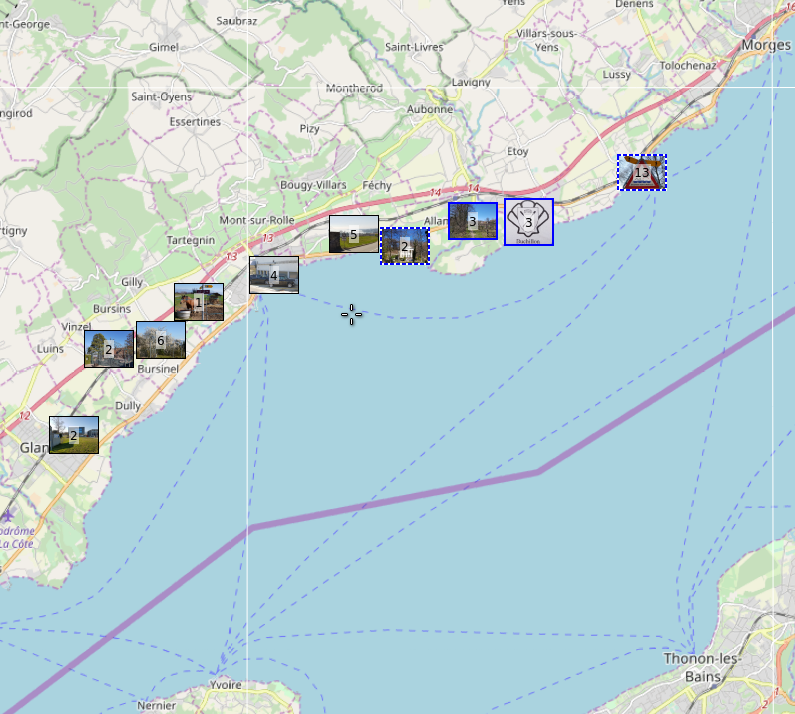