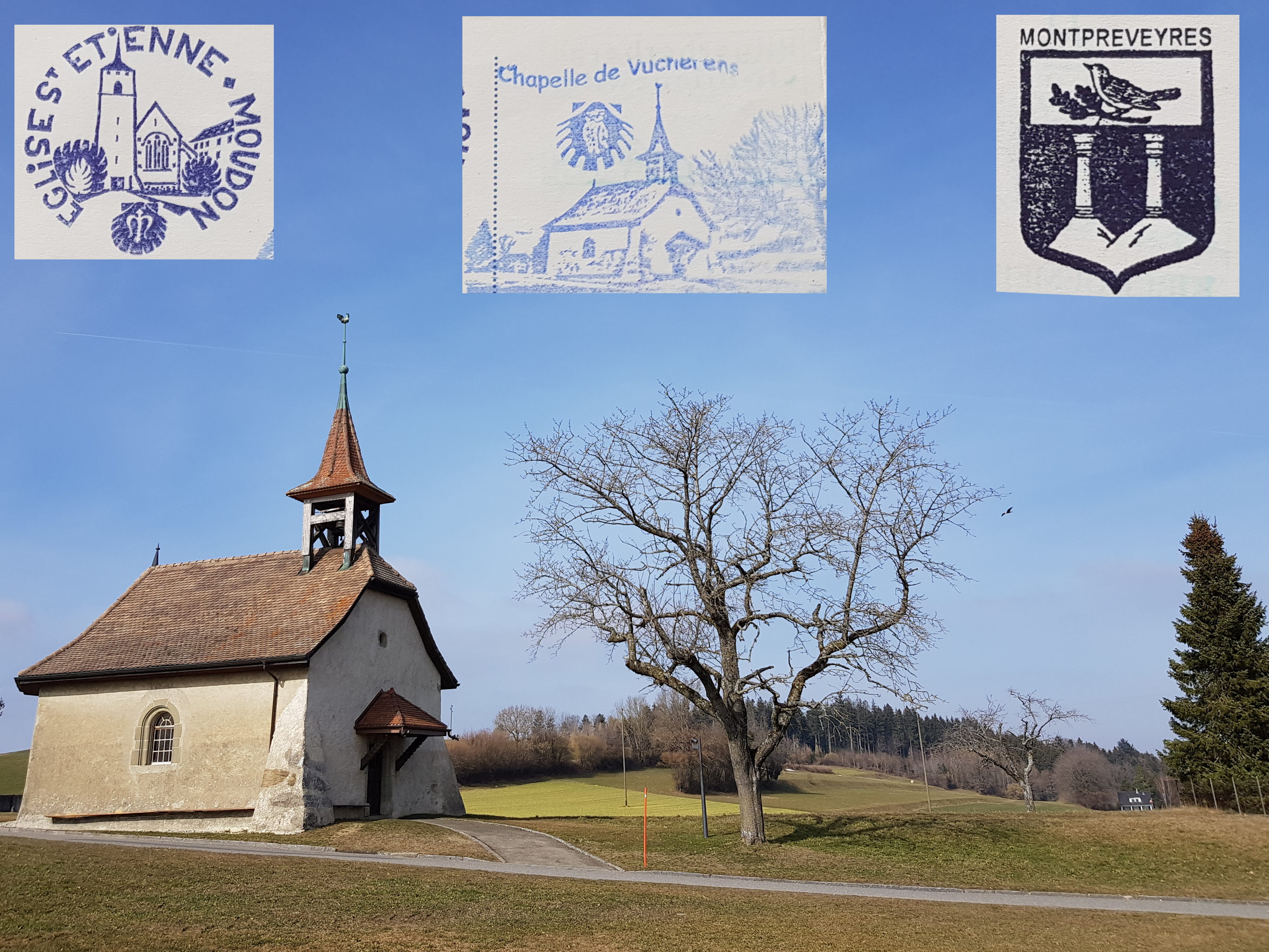 Chapel at Vuchenens and pilgrim stamps

It is difficult to say why a walk is different to another, but it is. Having said that they are all enjoyable and interesting but always different. Today’s walk should have taken us up through the town of Moudon but was badly signposted so we, in fact, followed the Broye river. This however was a better way as to have climbed up though the town before starting on a walk was, in our opinion, not the best idea. (However we did visit it on our return and it was well worth the climb). We crossed an old stone bridge which appeared to have had, at some point, a mill next to it. We left this pleasant walk to then follow a main road for a short time after which we which we turned off onto, what was probably, the old road. It led into wood. This walk was a mixture of hard surface and pleasant paths therefore not at all tiring. As we climbed the various woods became snow covered but, whilst having to take it easy, did not pose any major problems. Sticks were a help with this terrain. The last part of the journey to Montprevyers (which means mount of the priests due to it being a site of Augustinian monks in the 12/13th centuries ). To arrive here, we had to descend to a stream quite steeply by way of steps which, being covered in snow, ice or just wet, were quite a challenge but a rewarding one on arriving at the stream in one piece! Climbing up the other side led us to a beautiful chapel and, what one would assume to have been, an estate at one time. From Montprevyers we took a double decker bus (always giving a child like pleasure when sitting in the ‘front’ upstairs) to return to Moudon where we then visited this interesting medieval town. Our trip back home ended with the most amazing sunset of light blue and pink hues dotted with whispy clouds which are quite unusual here (the fact that it is February and that this sort of sunny, clear blue sky is rare, might have had something to do with it) and it lasted all the way home and some thus a perfect ending to a perfect day.

Old bridge over the Broye

-Steps in forest near La Chardouille

Dedication in the eaves 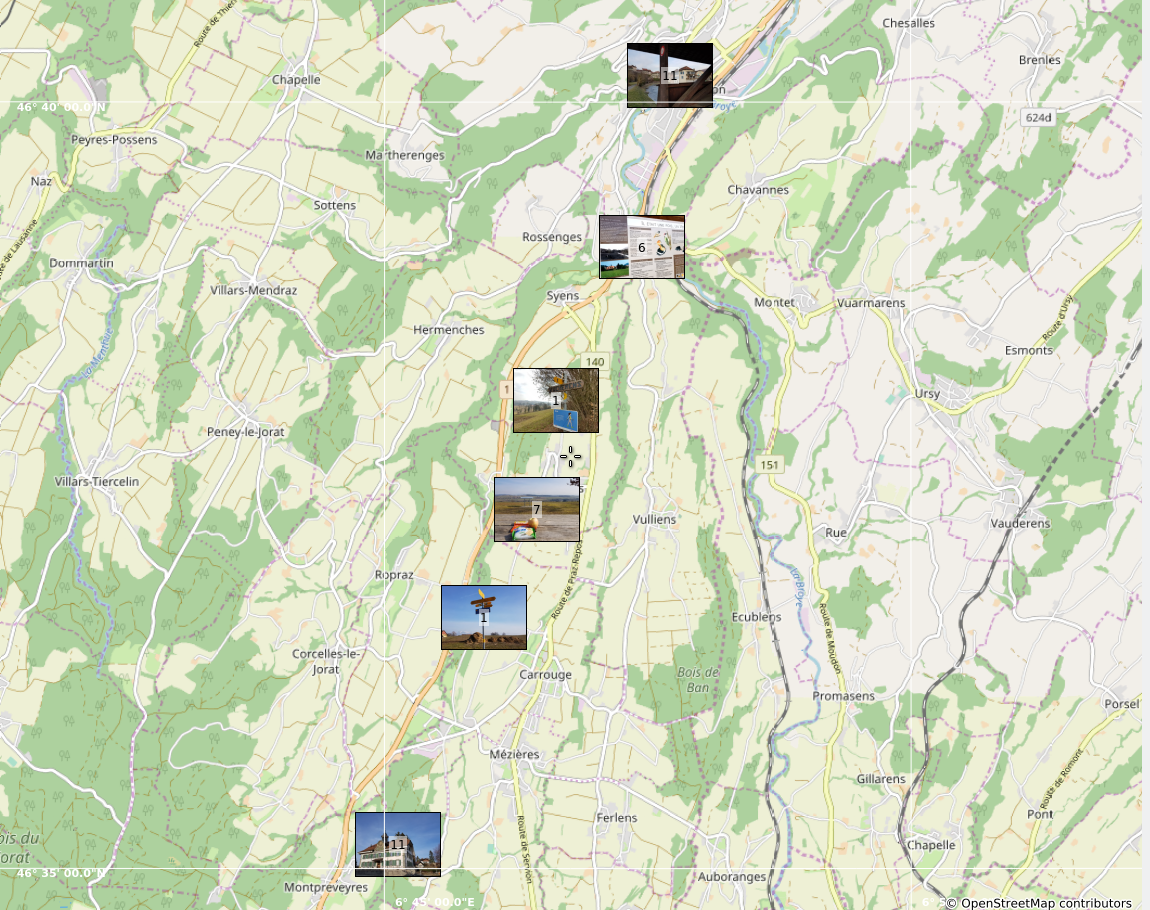